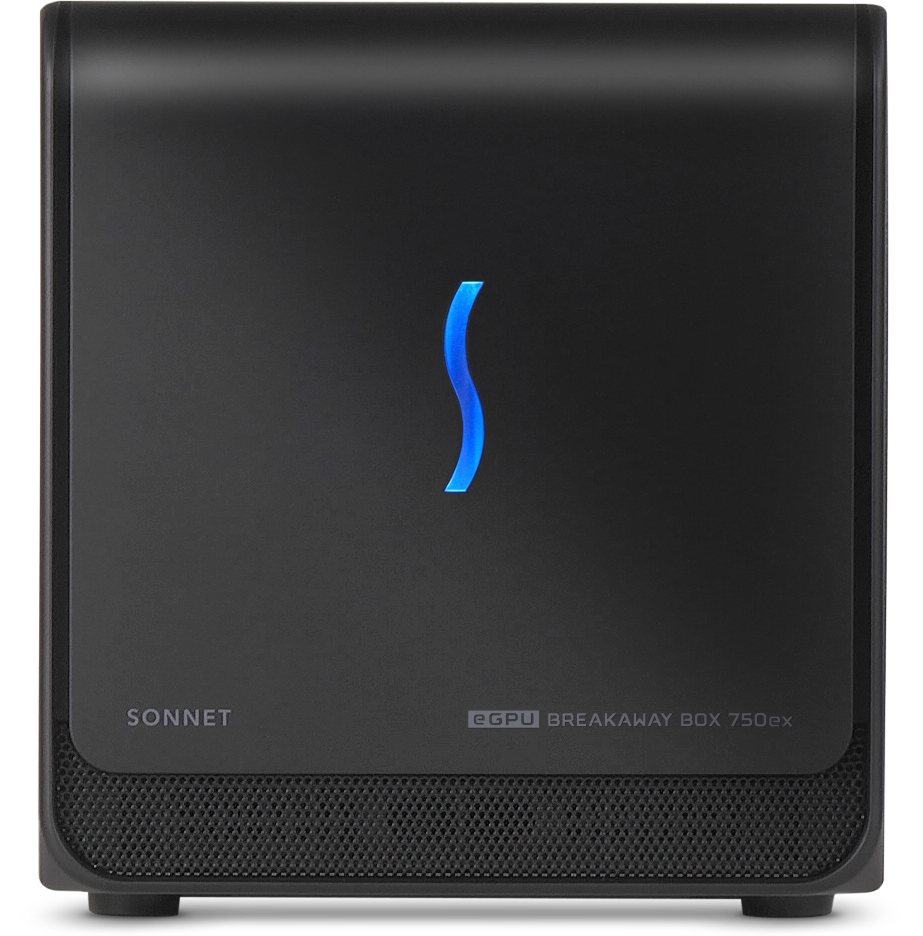 Transform Your Thunderbolt Computer Into a Graphics Workstation

Whether you’re editing, rendering, color grading, animating or creating special effects, many of the pro applications you use rely on desktop and workstation graphics (GPU) cards to do the heavy lifting in processing data. Unfortunately, many popular computers are equipped only with integrated graphics or low-power discrete GPUs that bottleneck performance when performing these tasks. Happily, there’s a simple path to greater productivity—add a Sonnet external GPU (eGPU). The eGPU Breakaway™ Box 750 and 750ex Thunderbolt™ 3 to GPU PCIe card expansion systems boost your eGPU-compatible computer’s graphics performance by connecting a high-performance GPU card to your computer via a single cable.

With each new generation of GPU cards, users can look forward to a step (or leap) forward in performance. Less predictable is how much power they will require to operate—better performance frequently requires increased power. For eGPU users, power consumption can be a concern. Don’t limit your future video graphics card choices—choose a Sonnet eGPU Breakaway Box 750 or 750ex. Equipped with 750W power supplies, these Sonnet chassis easily support the highest power demands of latest GPUs and have plenty of extra power to support GPU cards from generations to come. Both eGPU Breakaway Box models are Thunderbolt Certified and include a Thunderbolt 3 cable to connect the system to your computer. The 750ex provides a handy connection hub for USB devices and Ethernet connectivity. 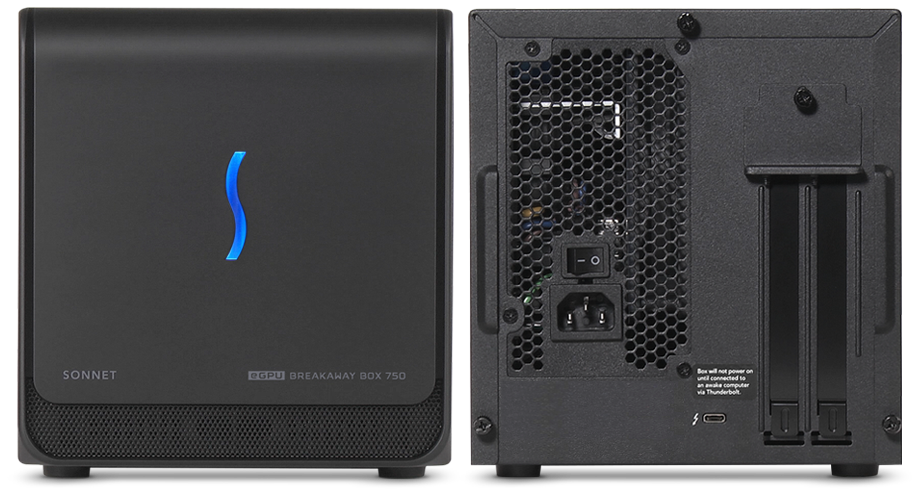 Connects a high-performance GPU card to your computer with Thunderbolt 3 ports.

Supports Many of the Latest GPU Cards

Ensures full 2750 MB/s of PCIe bandwidth(2) is dedicated to the installed card.

Certified for Thunderbolt for use with Mac® computers.

Compatible with Mac and Windows computers with Thunderbolt 3 ports. 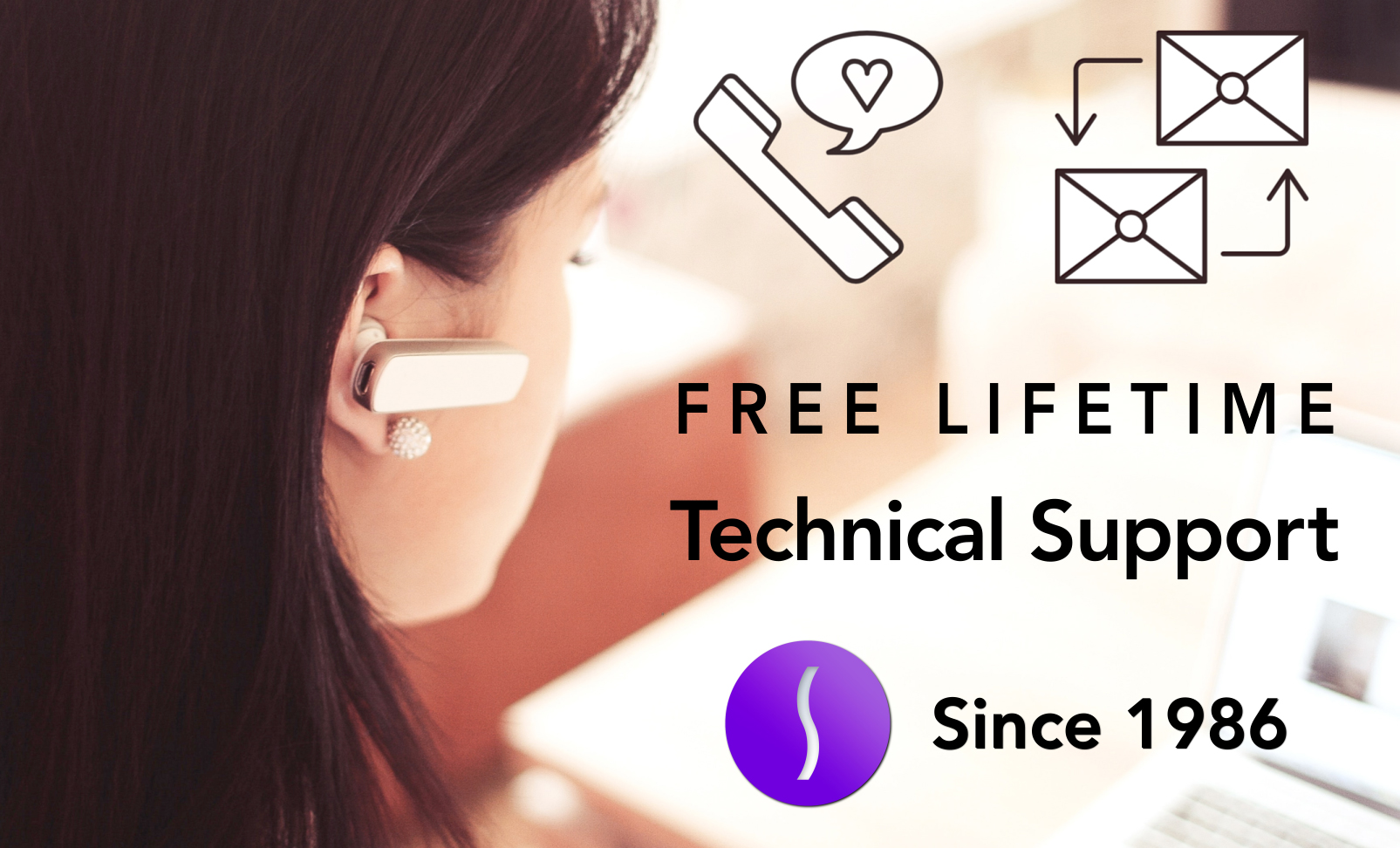 Sonnet was established in Irvine, California in 1986. Since then, we’ve pioneered and brought to market many innovative and award-winning products that enhance the performance and connectivity of Mac, Windows, and other industry-standard computers. Many of our employees have been with the company for more than 20 years. We have a wealth of knowledge about our current and past products. Should you ever need technical support on one of our products, contact us; we’ll be around to help you. 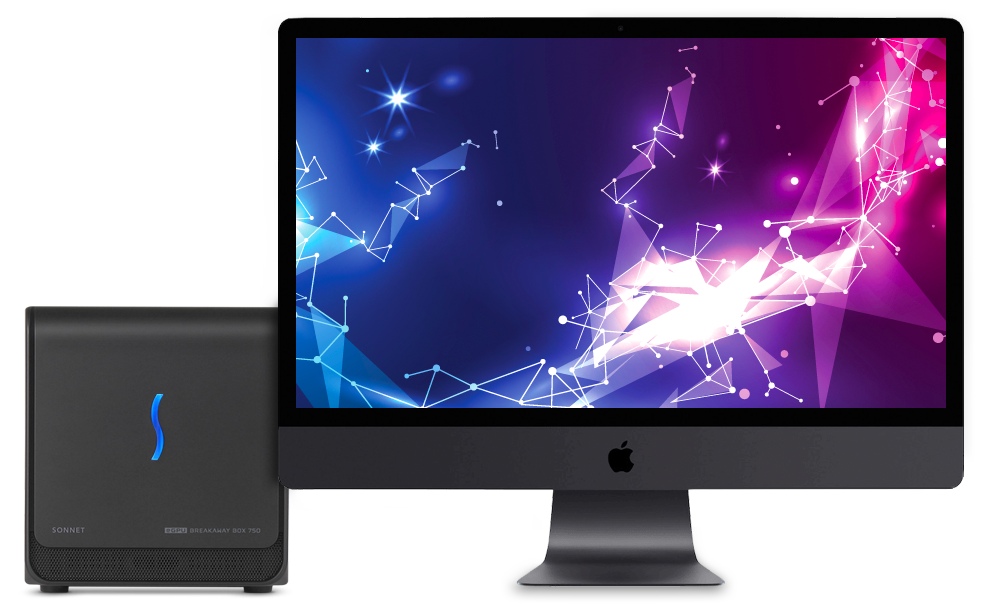 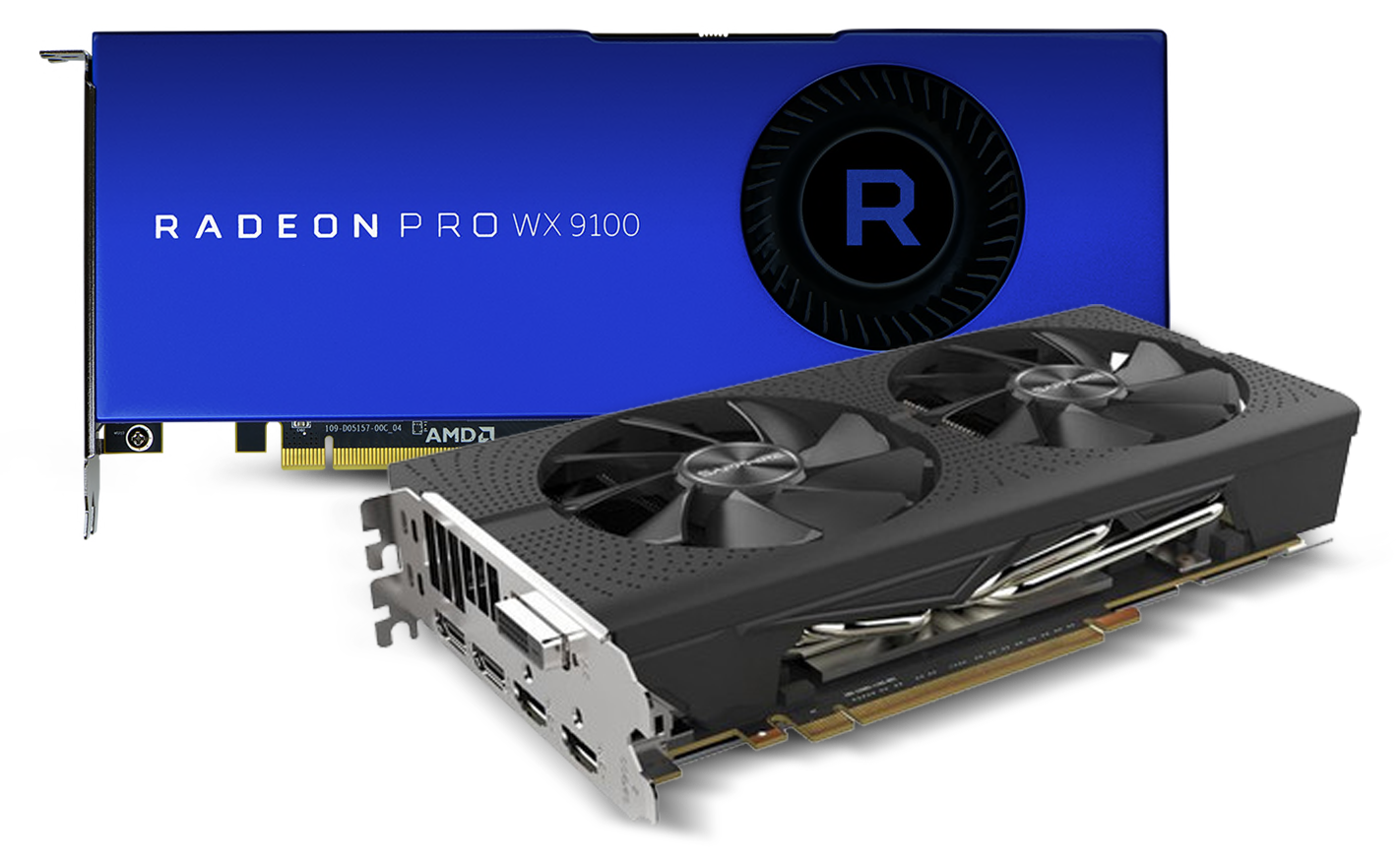 Radeon Pro WX 9100 vs Radeon RX 580
Installed in an eGPU Breakaway Box 750, the AMD Radeon Pro WX 9100 offers outstanding performance. The graphs below compare the WX 9100 against the RX 580 (as featured in the custom-designed, all-in-one Blackmagic eGPU). While delivering good performance, the RX580 is greatly outclassed by the WX 9100 for pro-graphics acceleration.

Many task times on supported applications—such as Adobe® Premiere® Pro, DaVinci Resolve™, and Maxon Cinema 4D™, to name a few—can be cut significantly with one eGPU Breakaway Box connected. But, for computers with multiple Thunderbolt ports, times can be slashed when two, three, or four Breakaway Boxes are employed. Connecting one or more eGPUs can multiply your computer’s graphics processing power, enabling it to handle 4K, 5K, 6K, and 8K workflows more efficiently. Plus, a computer’s onboard discrete GPU also contributes to the aggregate performance. 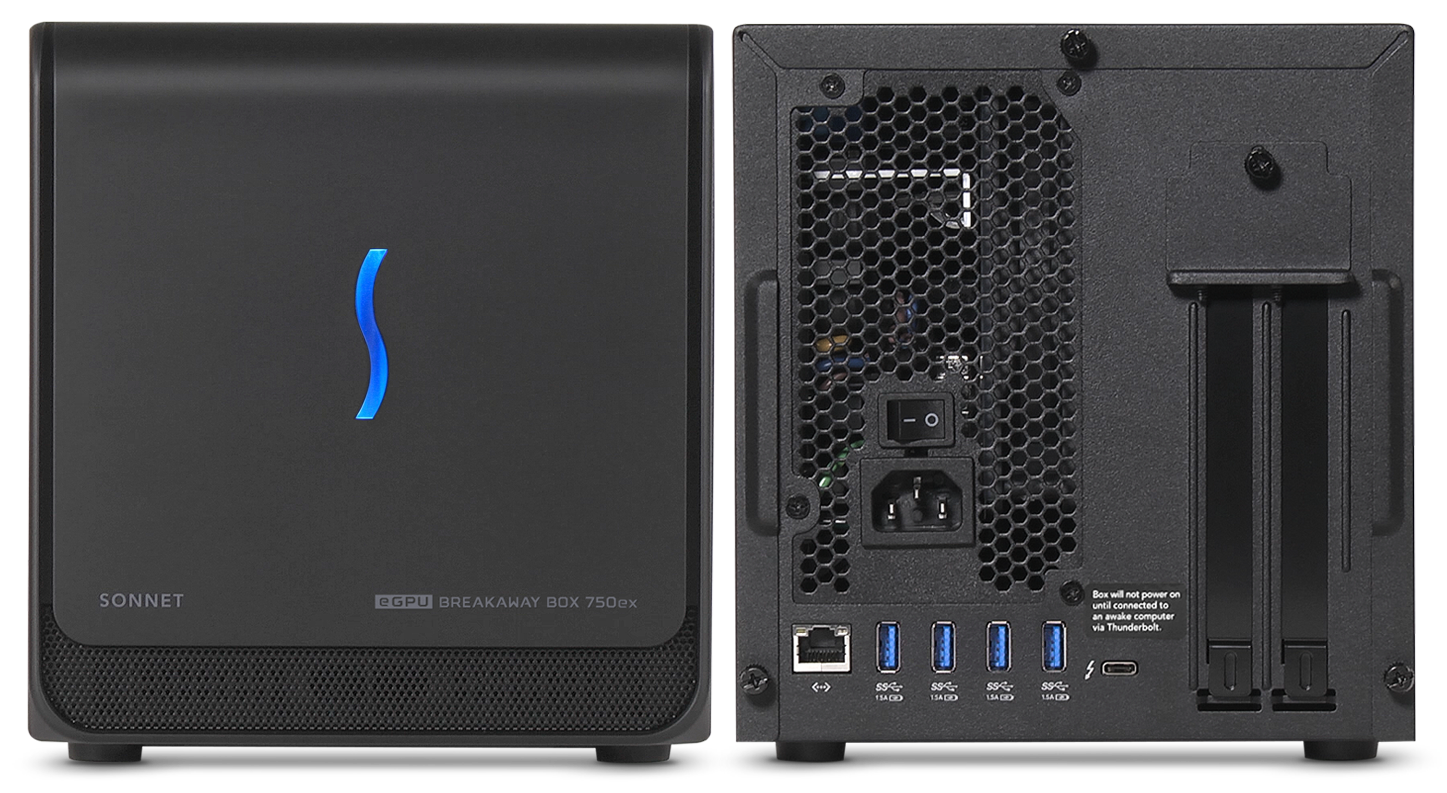 Is your computer short on ports for basic connectivity? Step up to the eGPU Breakaway Box 750ex to add four 5Gb/s USB 3.2 Gen 1 Type A ports to connect peripherals, plus an RJ45 Gigabit Ethernet port for a wired network connection. The 750ex features a dual Thunderbolt controller design, enabling it to support both peripherals and GPU card through the single Thunderbolt connection to your computer. 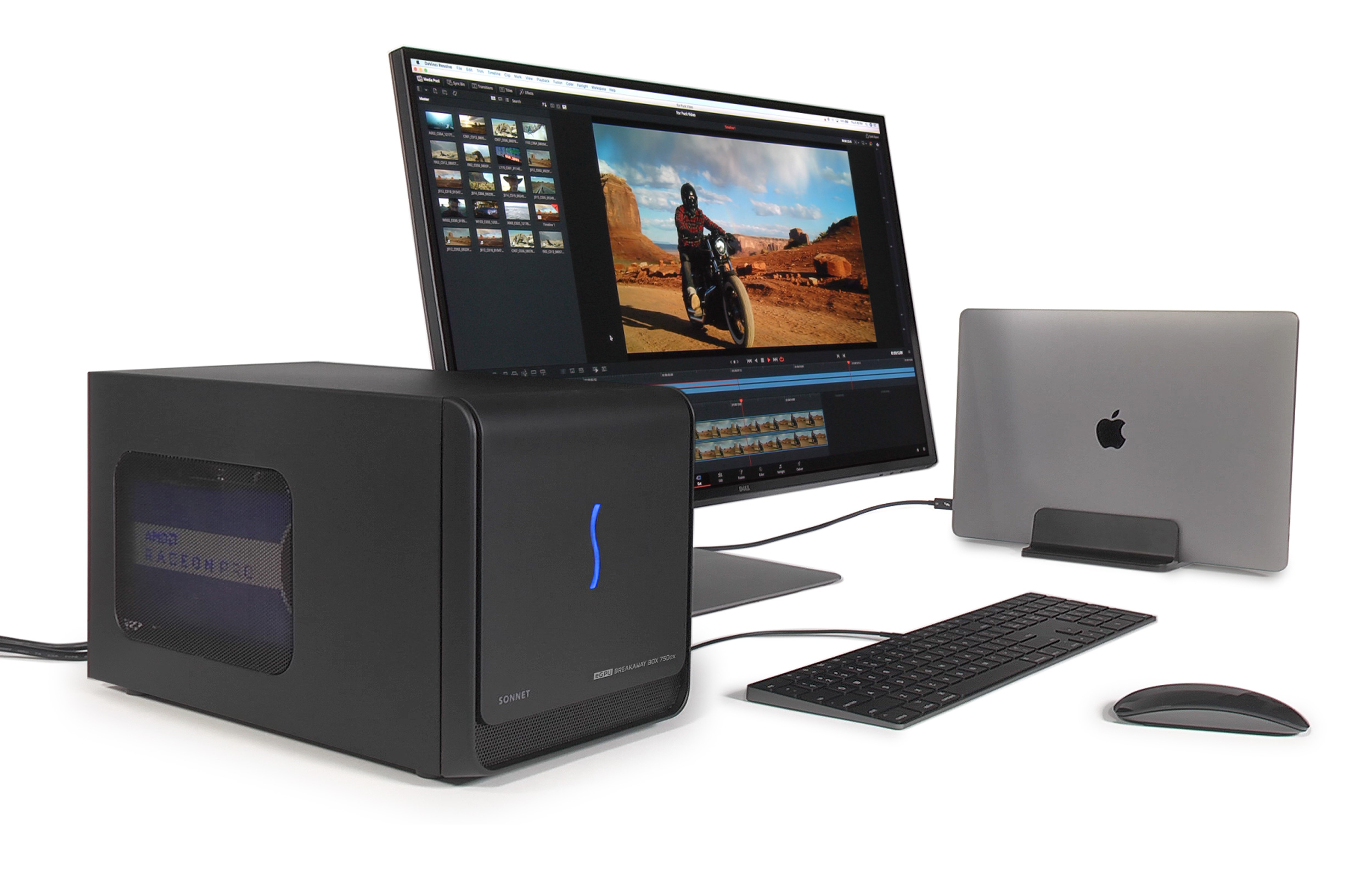 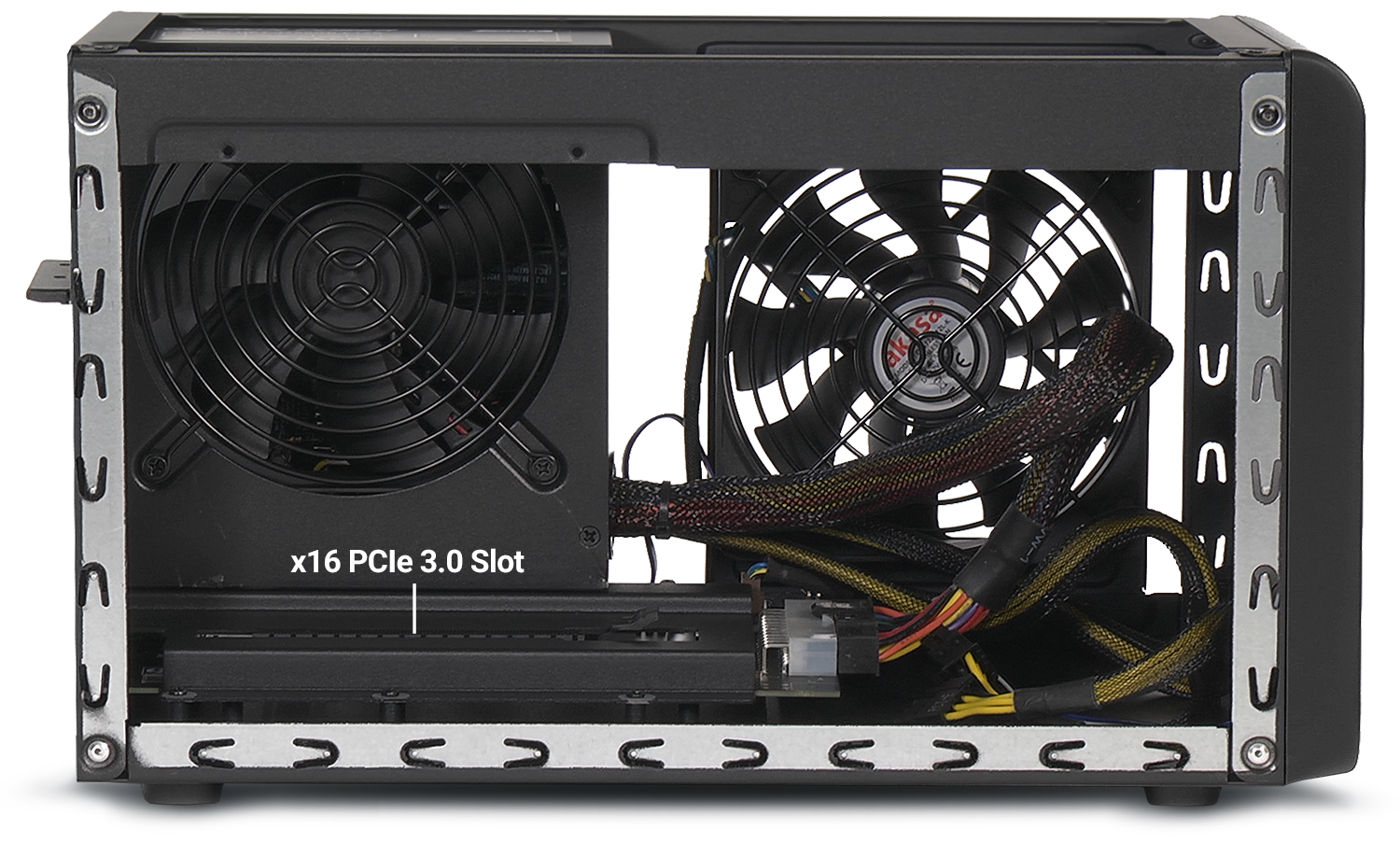 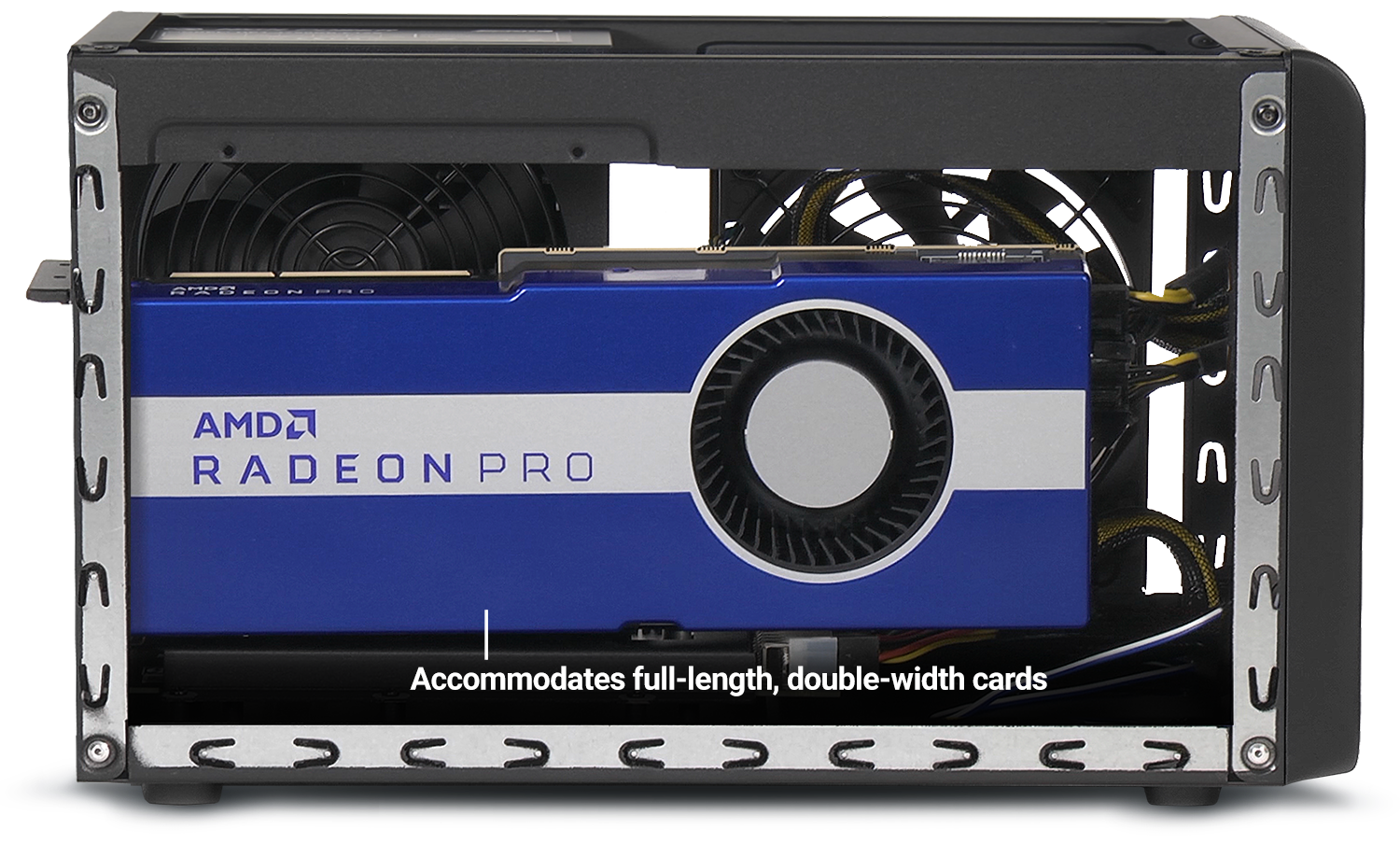 designed to house and power the latest power-hungry video cards 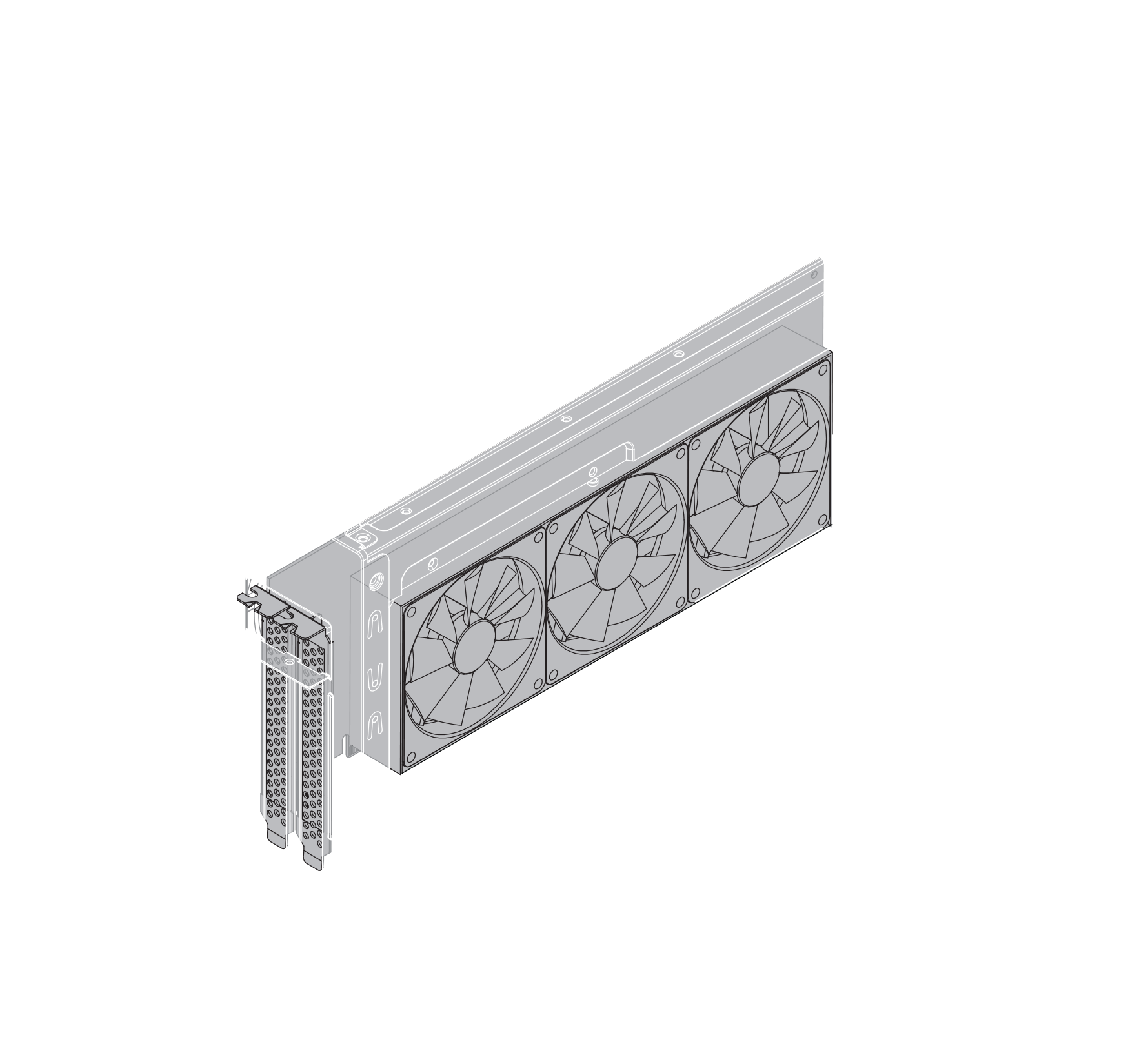 With its large variable-speed temperature-controlled fan that quietly and effectively cools the installed card, the eGPU Breakaway Box can be comfortably used in noise-sensitive working environments. There’s no need for you to carry a heavy, loud, and hot-running gaming laptop to have a great gaming experience—just plug in a Breakaway Box and add the GPU power you want when you need it! A Breakaway Box is ideal for empowering graphic-intensive gaming on an Intel® processor-based MacBook Air® or 13-inch MacBook Pro®, Ultrabook™ and other thin/light notebook computers that otherwise would deliver a poor gaming experience. Accelerated graphics can either be displayed on one, two, or more external monitors, or on your notebook’s own display panel(4). Best of all, you can upgrade the GPU card in the Box to keep up with the latest in GPU technology (unlike with gaming laptops). 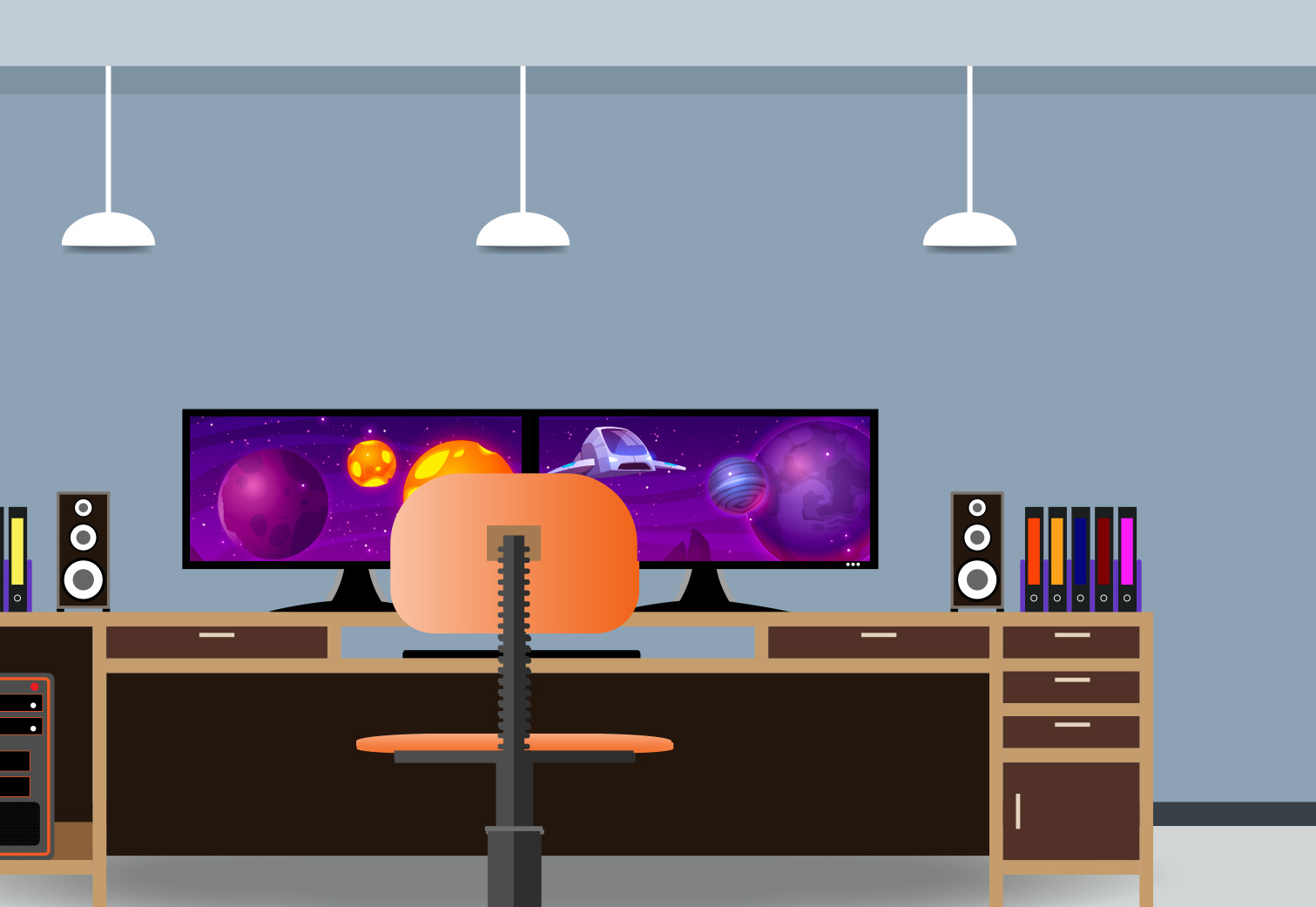 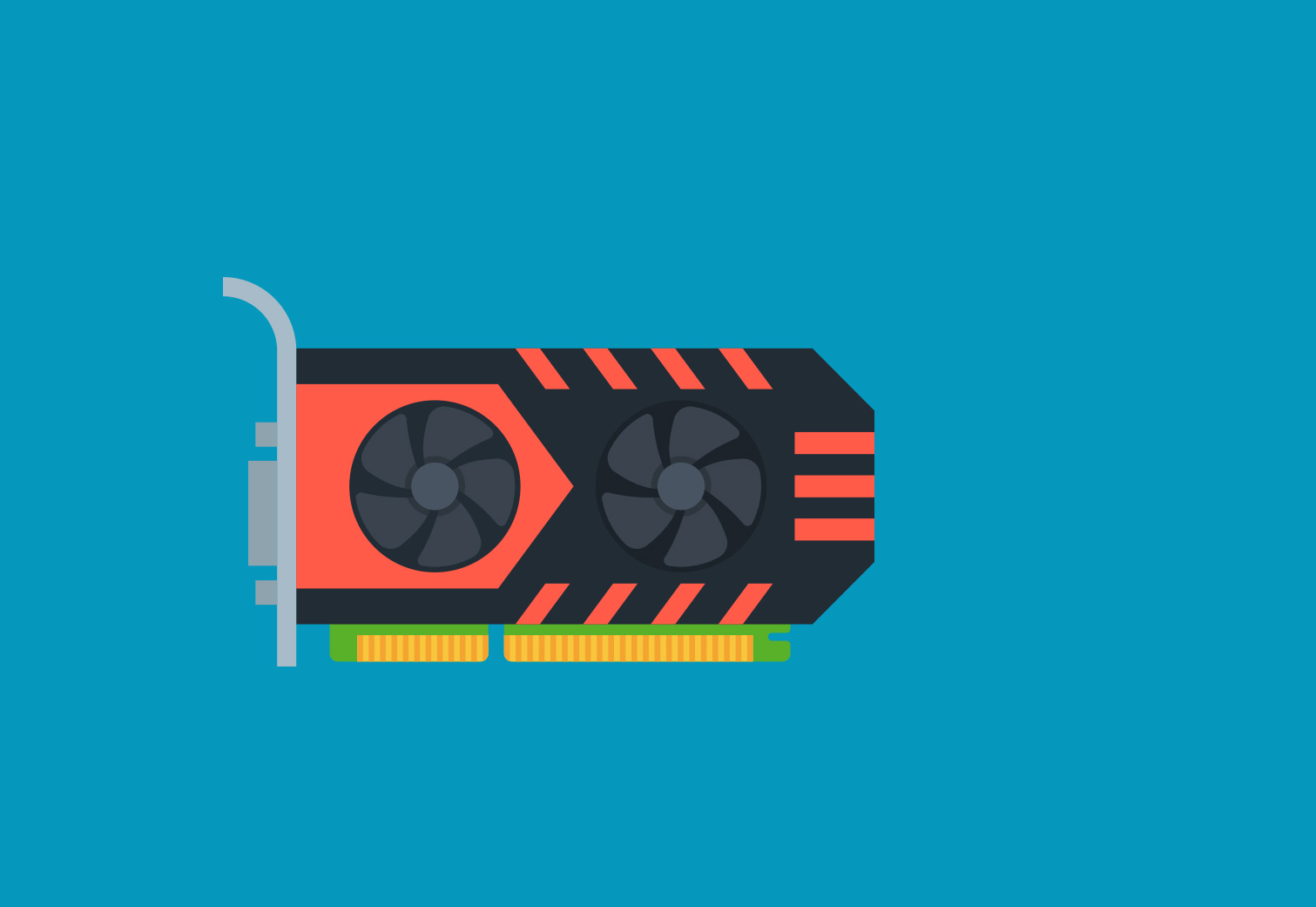