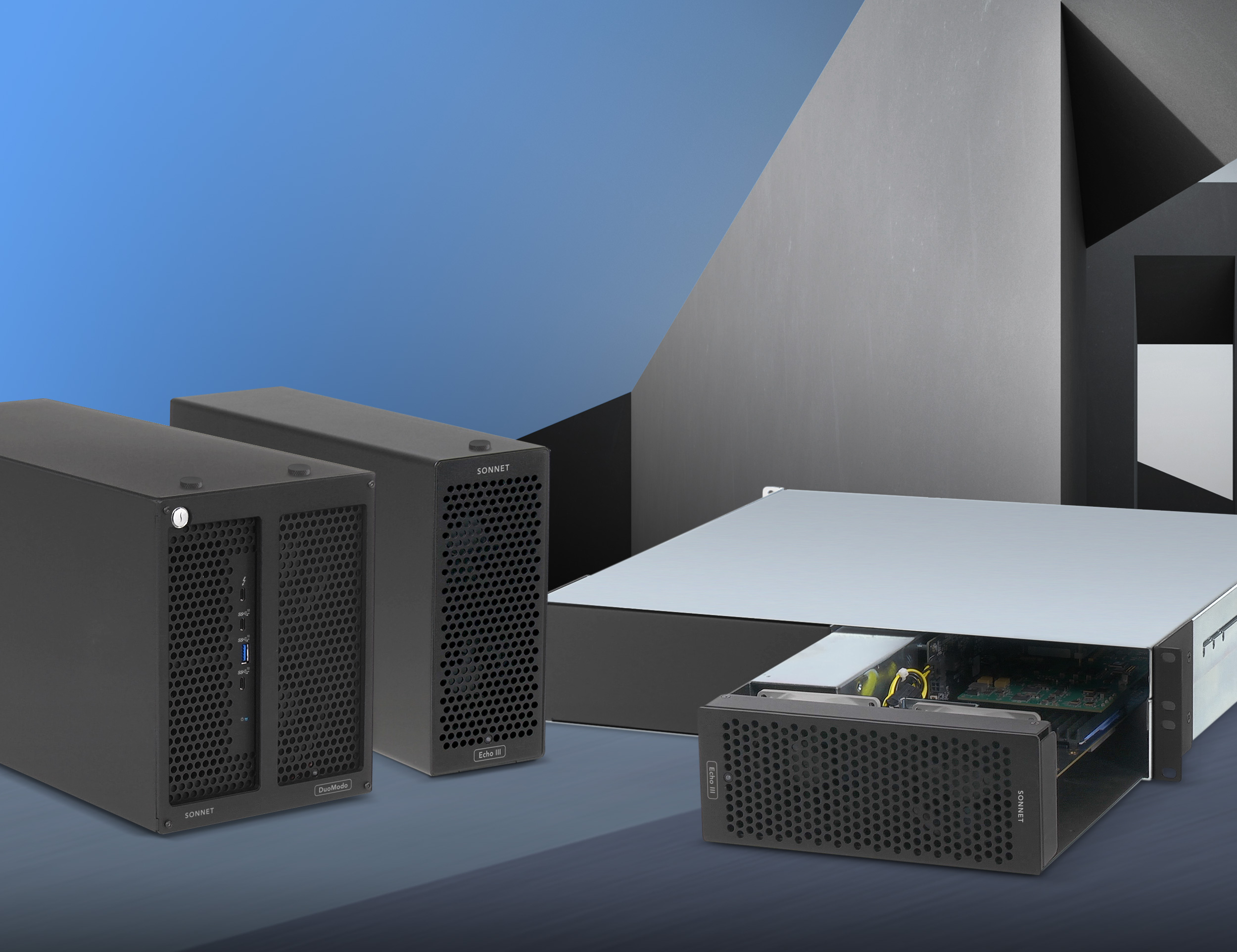 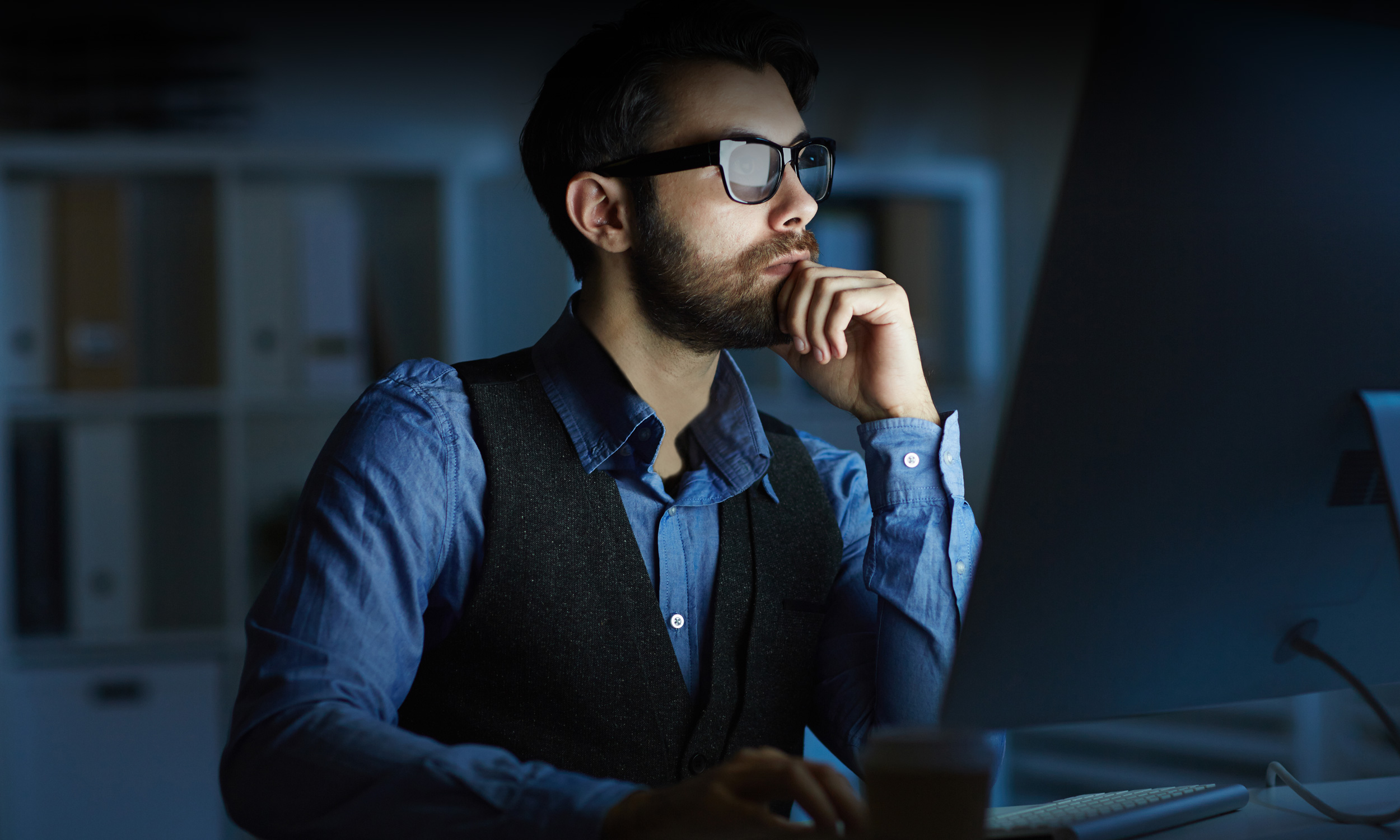 What is DuoModo?
The choice is yours. Mix and match enclosures with modules to create your own custom Thunderbolt expansion system.

Whether you need to connect PCIe cards or a GPU to your computer without card slots, or want to mount a Mac mini® in a desktop or rackmount enclosure with port and storage expansion, Sonnet’s DuoModo™ line of mix and match Thunderbolt™ expansion modules and enclosures enables you to create your dream setup!

Configuration is simple – pick an enclosure, and then choose the modules that best suit your workflow needs. For those who want quick and easy setups, Sonnet provides common pre-configured systems to help take the guess work out of configuration options.

View the DuoModo Family of Products

Install a powerful Mac mini® computer in one module and three PCIe cards in another, and mount them all into a compact desktop or 2U rackmount enclosure

Connect a three PCIe card slot module plus an eGPU card module to your Intel Mac mini in a desktop configuration, or combine with a Sonnet RackMac™ mini for a rackmount solution 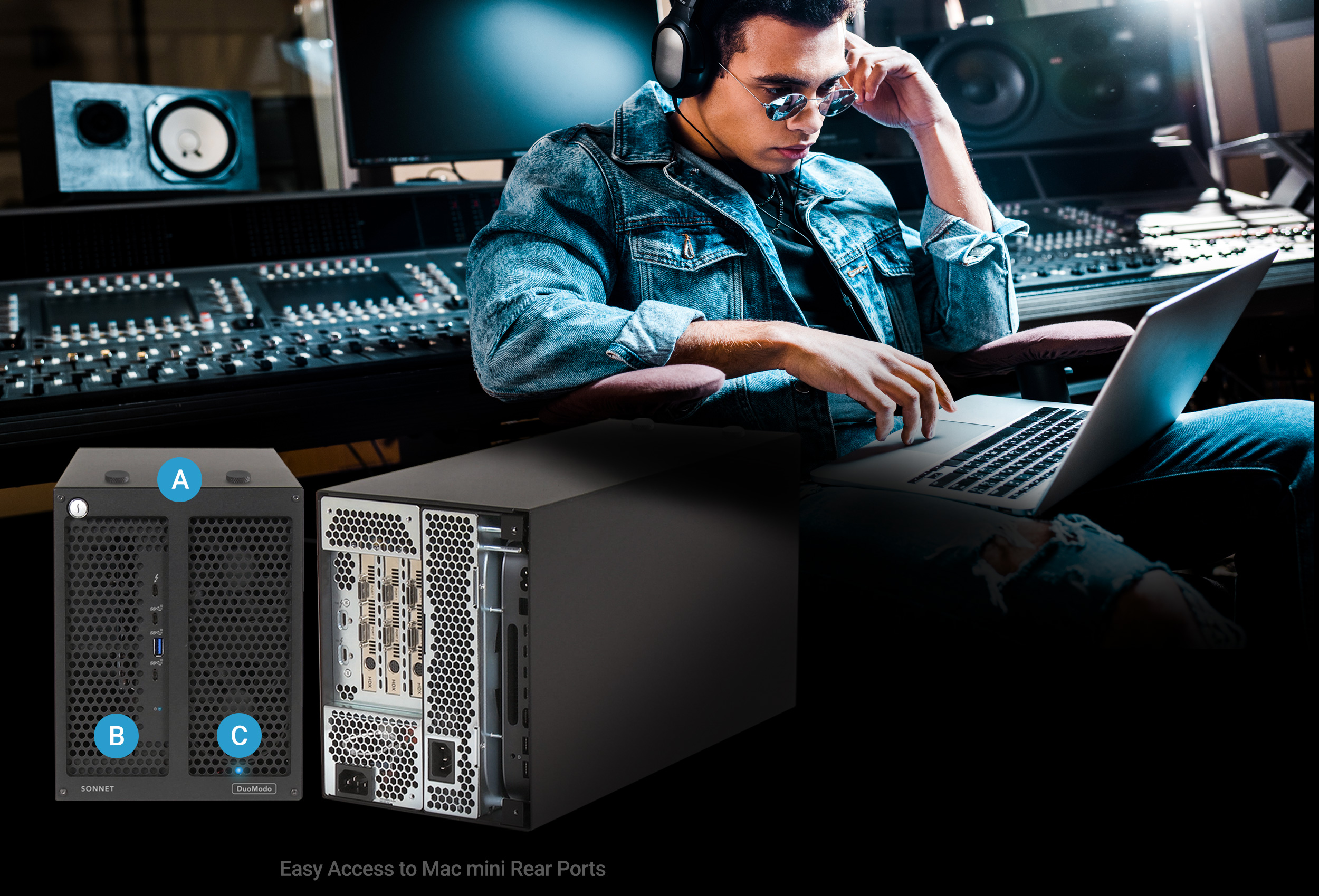 Integrate a complete 3-card Pro Tools | HDX system and a Mac mini on your desktop or in just 2U of rack space.

Add Up to 16TB SSD Storage

Install two M.2 PCIe SSDs (sold separately) and store your libraries or save your projects and have instant access to them 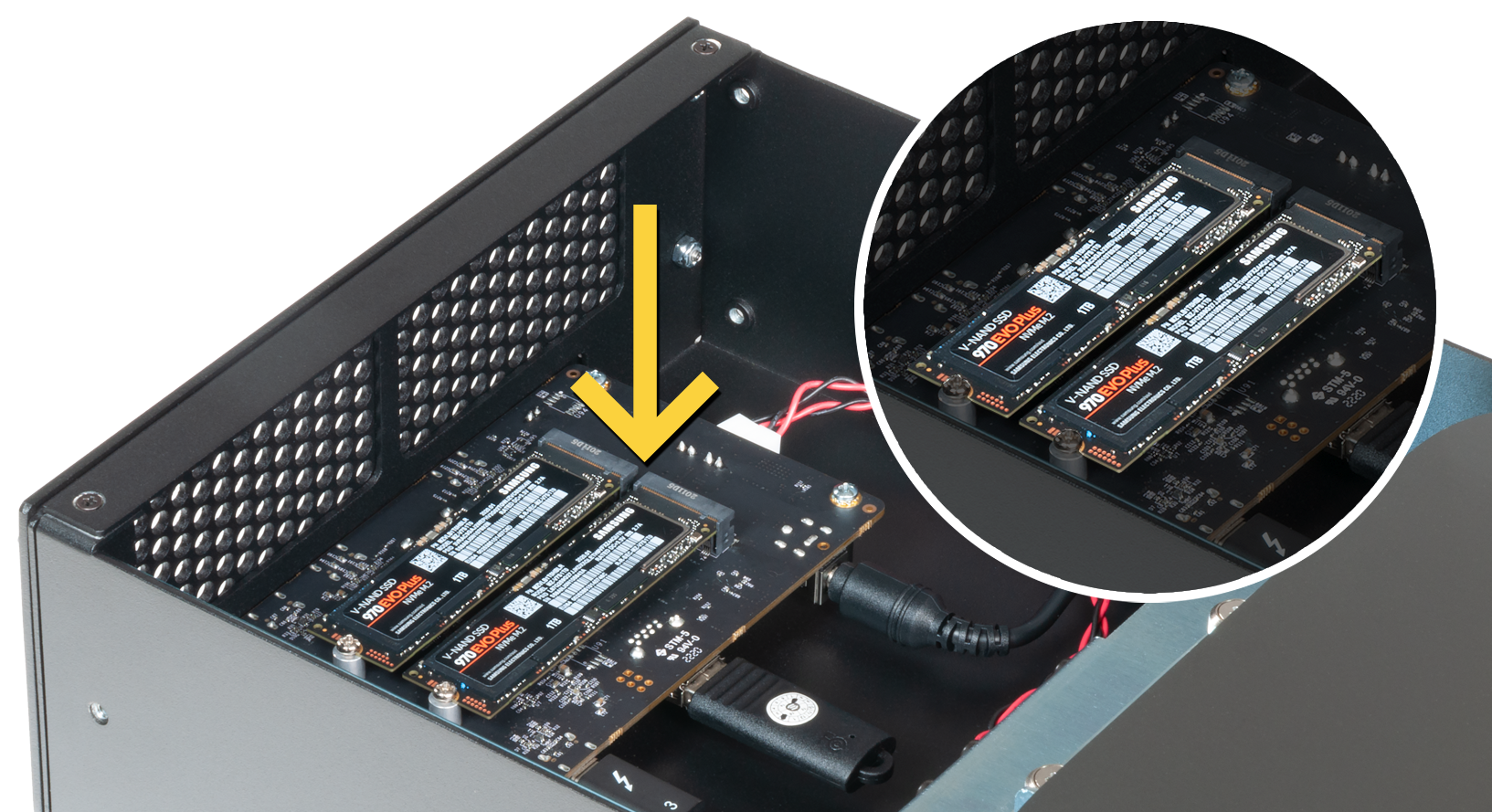 Install Up to Three HDX Cards

In a 2U rack space 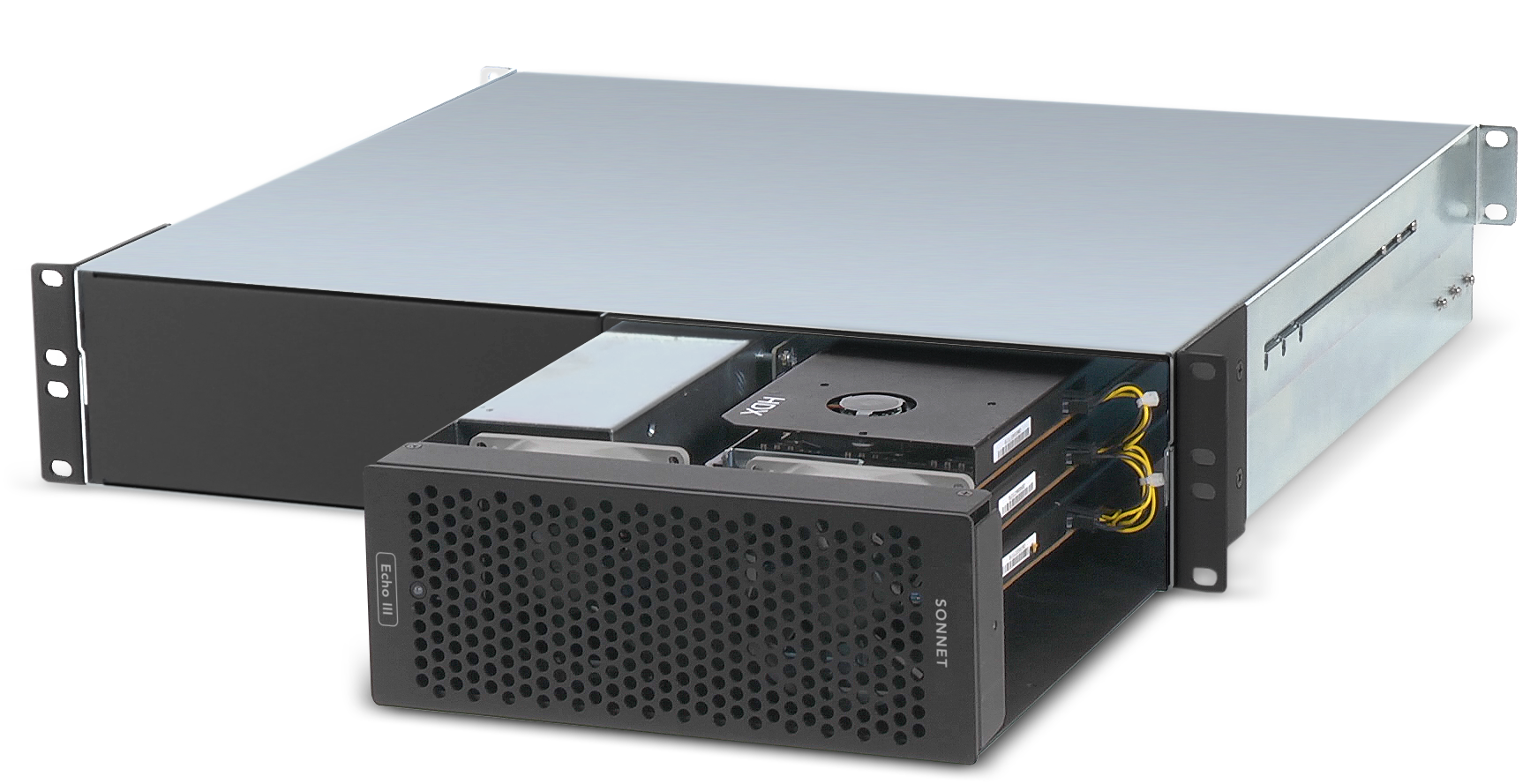 Connect an iLok USB-A (or other) license dongle, thumb drive, or bus-powered storage drive inside the xMac mini Module 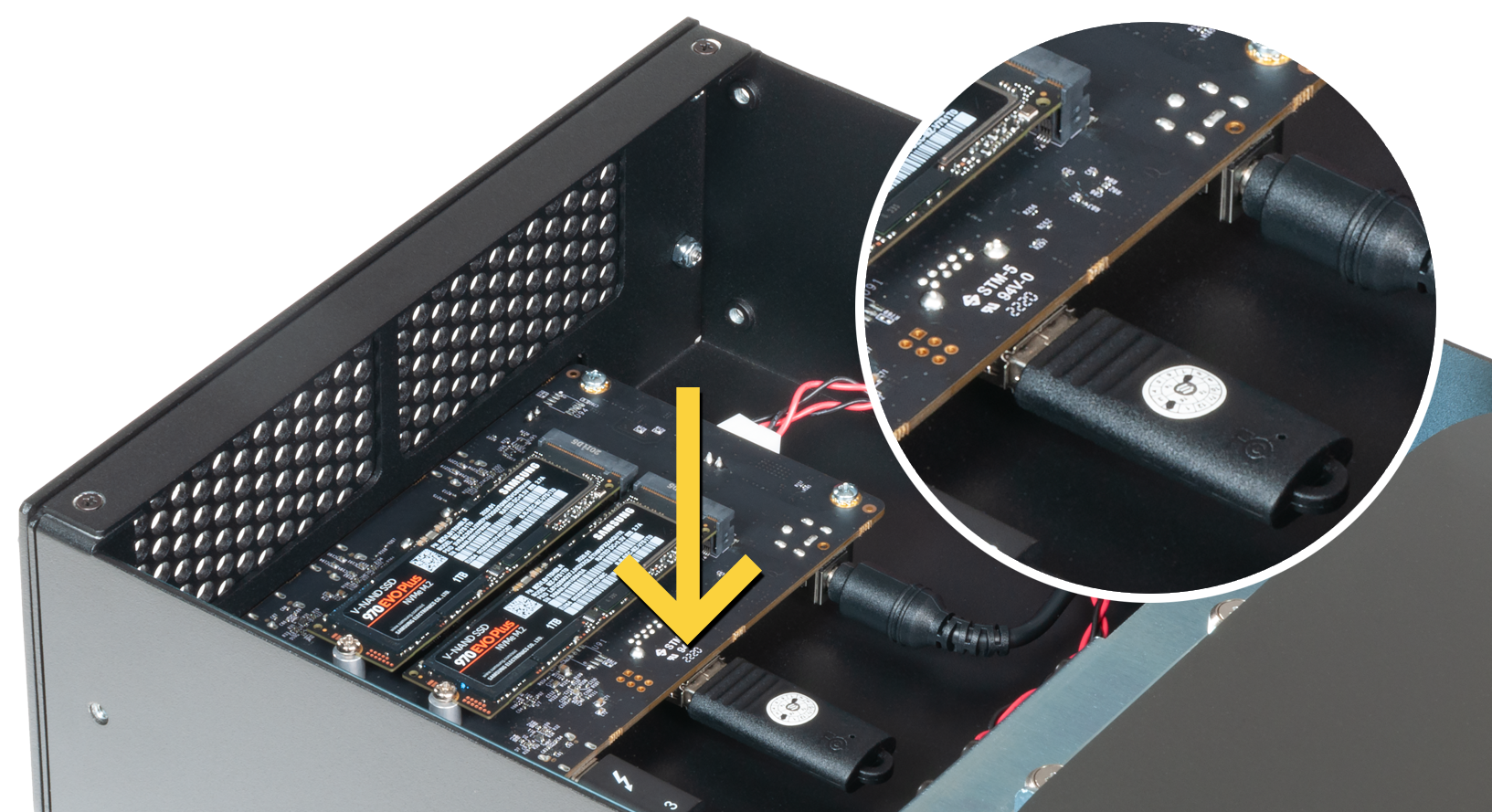 Immersive Audio in the Project Studio Connect your computer with an Intel processor to a 2- or 3-card Pro Tools | HDX system plus a GPU card for a compact, multi-track immersive audio sound editing system. Perfect for full-service Project Studios.

Add a GPU card for acceleration of NLE timelines 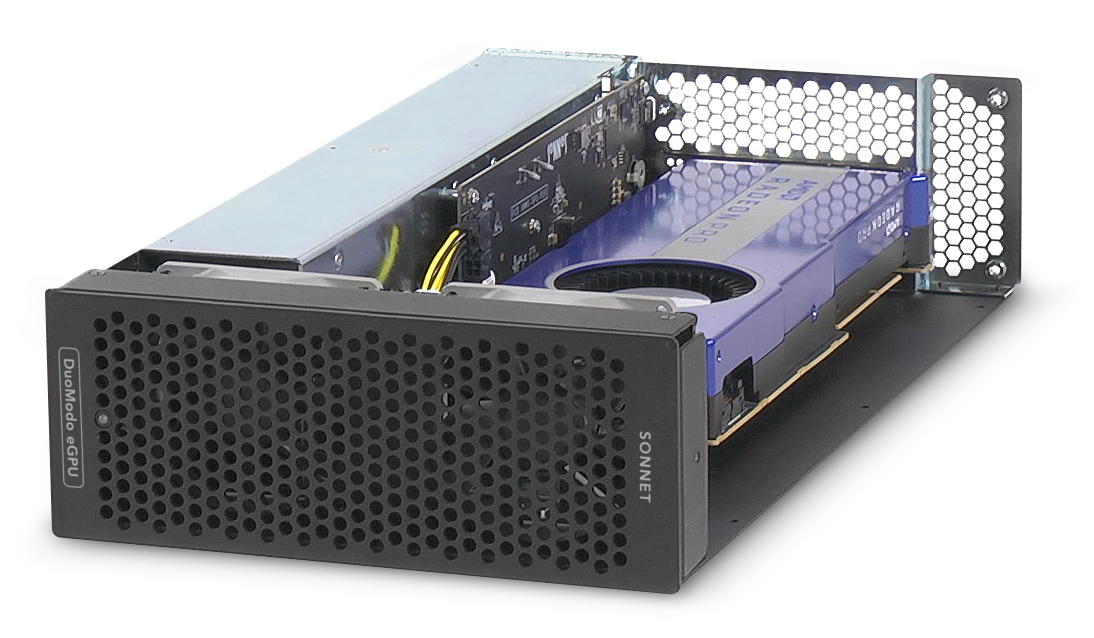 Your HDX Cards’ Base 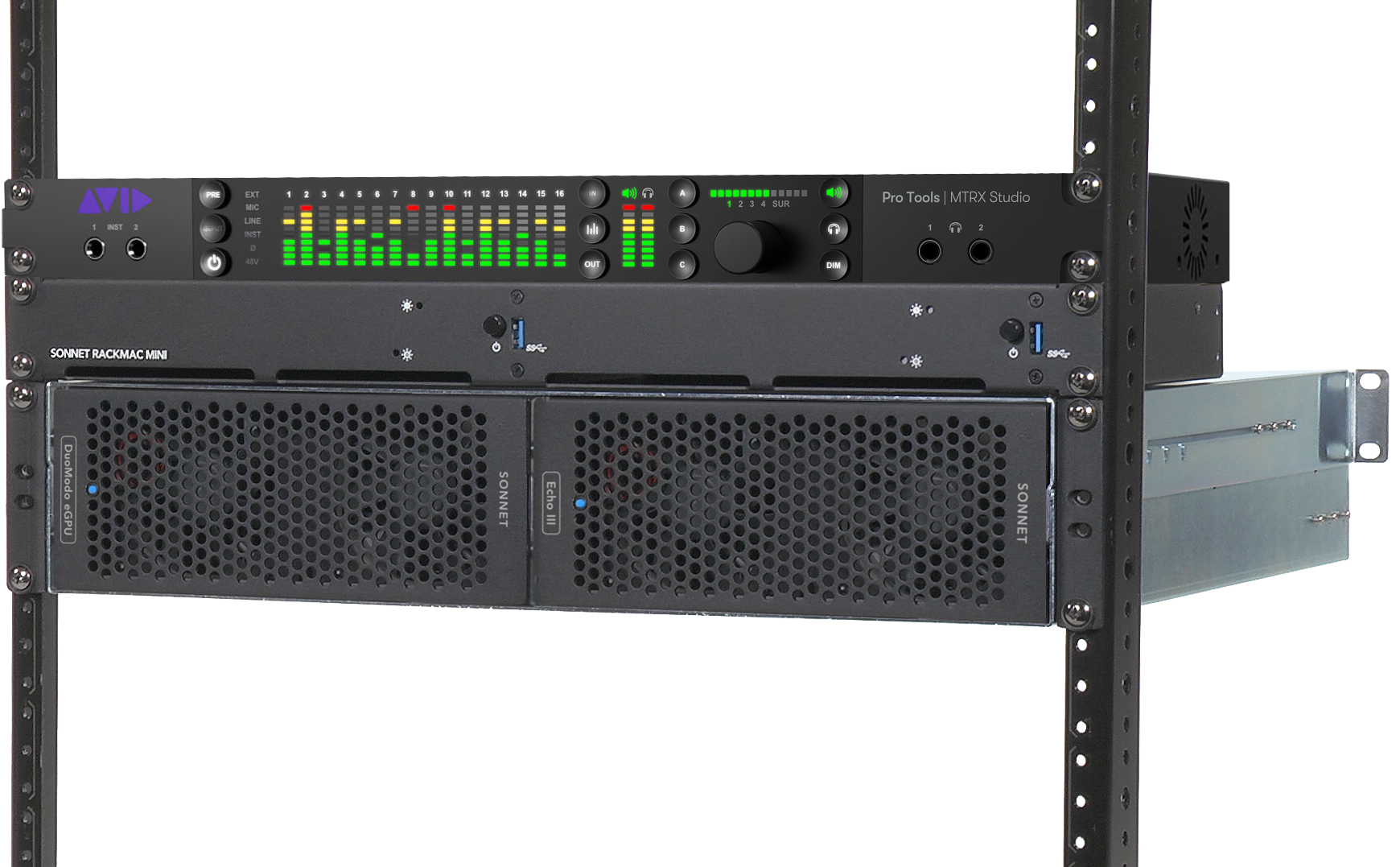 Does your computer have an Intel processor and two Thunderbolt 3 or Thunderbolt 4 ports? Save time and increase your productivity with a dual eGPU set-up. 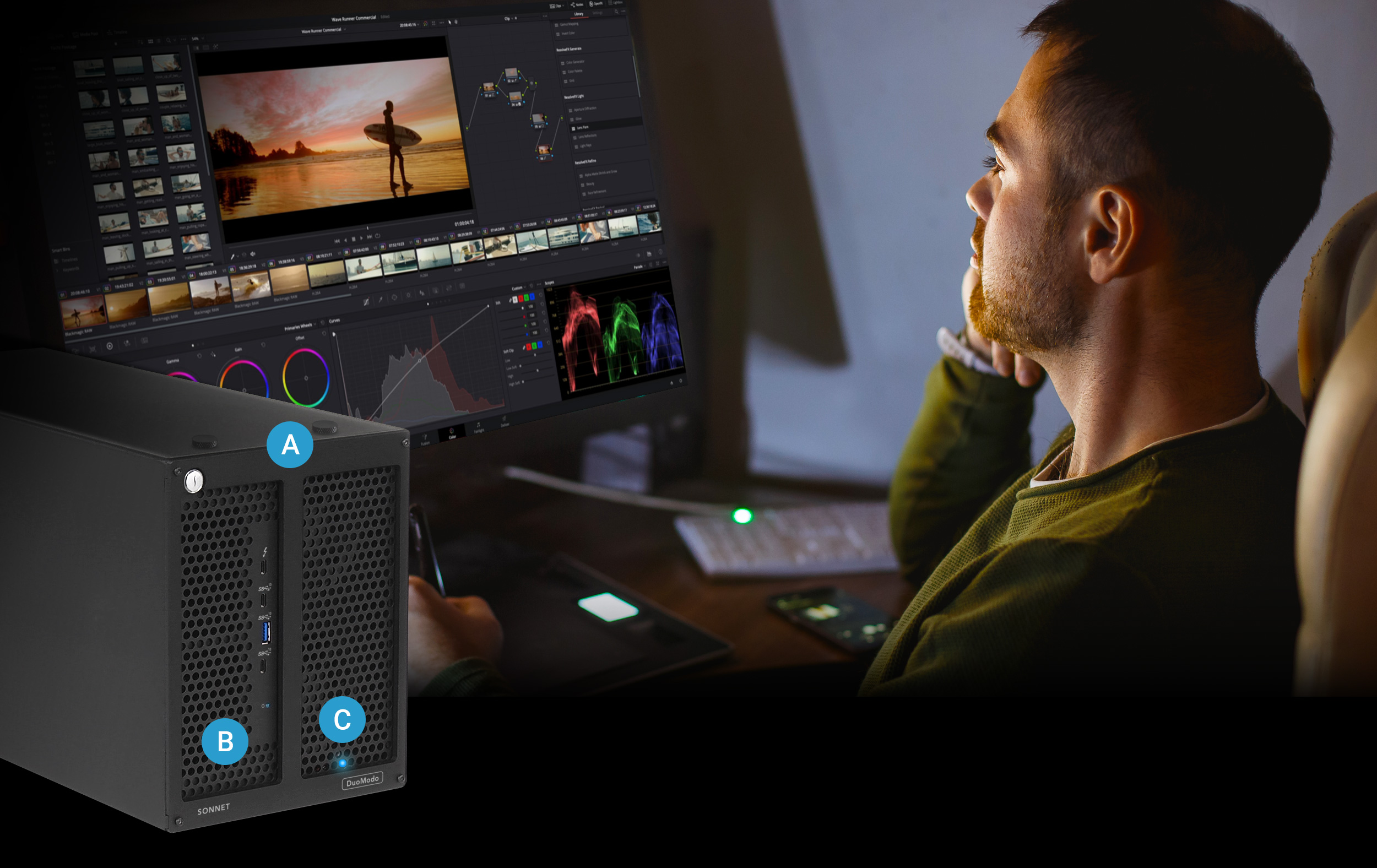 Add one of AMD’s next gen, high-performance GPU cards for a significant processing boost to popular video editing, visual effects, and modeling applications

One or two Mac mini computers plus six PCIe cards in 3U rack space!

Start with an enclosure Mix and match your chosen modules with an enclosure Quiet Operator
The DuoModo xMac mini Module includes a temperature controlled, variable-speed fan that automatically and quietly provides cooling for the Thunderbolt 3 dock, any installed SSDs, and the module’s power adapter.
Combine with Other DuoModo Modules
By connecting a DuoModo Echo III Module, you can connect PCIe cards required to provide additional connectivity and functionality, while plugging in a DuoModo eGPU Module* enables users to install in a GPU card capable of supporting many pro applications’ needs.

*Intel Mac mini required for eGPU support
Why Thunderbolt 3 Instead of Thunderbolt 4?
DuoModo Modules rely on Thunderbolt 3 technology for maximum performance. Learn Why › Graphics Workstation Power
If your workflow includes video editing, rendering, color grading, animating or creating special effects, many of the pro applications you use rely on desktop and workstation graphics (GPU) cards to do the heavy lifting in processing data. Unfortunately, many popular computers are equipped only with integrated graphics processors or low-power discrete GPUs that provide less than ideal performance. Happily, there’s a simple path to greater productivity—add a Sonnet external GPU (eGPU). The DuoModo eGPU Module Thunderbolt to GPU PCIe Card Expansion System boosts your eGPU-compatible computer’s graphics performance by connecting a high-performance desktop or workstation GPU card to your computer via a single cable.
Built for GPU Power